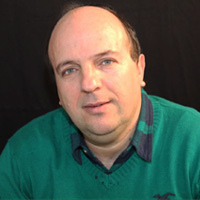 Professor Talbi has to his credit more than 150 publications in journals, chapters in books, and conferences. He is the co-editor of 5 books. He was a guest editor of more than 15 special issues in different journals (Journal of Heuristics, Journal of Parallel and Distributed Computing, European Journal of Operational Research, Theoretical Computer Science, Journal of Global Optimization). He is the head of the INRIA Dolphin project and was the director of the bioinformatics platform of the Genopole of Lille. He has many collaborative national, European and international projects.

He is the co-founder and the coordinator of the research group dedicated to Metaheuristics: Theory and Applications (META). He is the founding co-chair of the NIDISC workshop on nature inspired computing (IEEE/ACM IPDPS) ad META (Int. Conf. on Metaheuristics). He served in different capacities on the programs of more than 100 national and international conferences. He is also the organizer of many conferences (e.g. EA’2005, ROADEF’2006, META’2008, IEEE AICCSA’2010, META’2014, MIC’2015).